The United States is the birthplace of Internet technologies, as well as many other types of computing. But today, more and more people distrust using digital services based out of the US, and it’s no wonder why. Edward Snowden blew the whistle on the NSA, which uncovered numerous wiretapping scandals. It’s incredibly scary to think that the US government is watching over your shoulder, and it’s incredibly hard to stay safe and protect your privacy.

Believe it or not, they weren’t only wiretapping domestic US communications. They claimed that they were only monitoring digital communications and transmissions that were one end domestic and one end foreign, though that doesn’t seem to be the case. The ugly truth is that the NSA used several advanced surveillance techniques to plant backdoors into commonly used services.

In addition to creating backdoors into Google services, they even implemented information gathering techniques to mine unfathomably large quantities of data from other common services, such as Microsoft, Yahoo, and others. And there aren’t any clear geographic boundaries on the Internet. Even if you’re not a citizen of the United States of America, chances are there’s information about you sitting in a governmental database within the bowels of the NSA’s headquarters at Fort Meade. 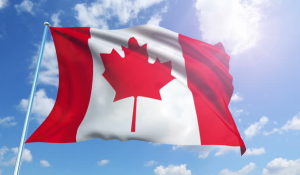 The problem is that digital services are easily accessed internationally. For example, let’s pretend that you’re a European national, such as a French or German citizen. Simply signing up for a free Gmail account (or other services like Google Drive) means that the US NSA likely has access to your personal data. But it gets worse. Microsoft operating systems are easily one of the most popular and prevalent desktop and laptop operating systems.

And the latest version of Windows, Windows 10, collects a lot of personal information behind the scenes such as location data, telemetry data, and even operating system details. Unless you manually disable these settings, US organizations are building profiles of user activity using your data – despite claiming that the gathered data is anonymous and only used for research activities to improve the quality of their services.

All of these invasions were performed in the name of thwarting terrorist activities, but it doesn’t seem that governmental eavesdropping and wiretapping has helped even the slightest bit at countering terrorism. While threats to desktops and laptops are incredibly common, there are also countless mobile insecurities.

Edward Snowden also revealed jaw dropping revelations that show just how easily a mobile device is compromised, all without your knowledge. “You might have bought the phone, but whoever hacked it – they’re the ones that own it,” said Snowden. When asked what types of information the NSA can gather from your phone once it has been hacked, Snowden said, “Everything in your contacts list, every SMS messaging [service] that you use, every place that [it’s] ever been, where the phone is physically located…”

Clearly, there’s good reason to distrust the federal United States government. But here’s the catch: even when using US-based cloud storage services that employ transport encryption, they can still access your files. Some people hear the term “transport encryption” and automatically think their data is safe.

For those of you who didn’t know, transport encryption is the practice of using transport technologies like a TLS tunnel (Transport Layer Security) to secure data as it is transferred from a local computer, through the Internet, and finally to a storage server. The government may not be able to capture your data in transit to a storage server and break the encryption, but they can certainly access your data when it is stored locally on your phone in an unencrypted format.

To circumvent this problem, it’s best to store data in the cloud in an encrypted format. For the best security, it’s recommended to use a zero-knowledge provider (e.g. one that uses client-side encryption) so that not even the cloud service provider can access your data.

So if your data isn’t safe on your laptop, PC, or mobile device, where can it be safely stored? Well, the first thing you’ll want to do is find a cloud storage provider who isn’t based in the United States. That limits the chances of the cloud storage provider from being clandestinely coerced into giving the NSA access to their customers’ data.

Furthermore, try to find a provider that uses local encryption (also called client-side encryption or zero-knowledge). If you’re using Google Drive or Dropbox, it’s time to upgrade. Snowden commented on how insecure these services are. If you can’t bear to part with either service, then you can use free tools like TrueCrypt to apply AES-256 encryption on files before they ever leave your local machine.

With that understanding, we’re going to take a look at the best Canadian cloud storage providers. Canada is an ideal candidate for secure digital services for Americans since they border the US, and using a service in near geographic proximity will decrease latency and improve overall speed (since latency is, in part, determined by physical distance).

Sync.com is one of the most popular cloud storage and syncing services that is based out of Canada and appropriate for home and personal use. They aren’t too pricey, either. In fact, their pricing starts out at only $4.08 per month, which is cheaper than most competitors’ pricing. They do have end-to-end transport encryption, which ensures that the US NSA and hackers won’t be able to intercept and read your uploads and downloads.

But they are more than a raw storage and syncing service. They do have an automatic backup features as well, so you won’t have to worry about manually backing up files every time you make a change. If you want to try them before you buy them, you can take advantage of their 5GB of free storage. Last but not least, they have a file versioning feature to protect older versions of documents; that way, you’ll never accidentally delete or overwrite a file and lose your data ever again.

MasterMind is, of course, based out of Canada, and they have a very granular cloud storage package and pricing system. The following outlines their model:

Because their pricing plans are so granular, they are able to accommodate everyone from home users to enterprises – and everyone in between. While their Starter package only has 10GB of storage, it’s ridiculously cheap. They also have a 30-day free trial that includes 5GB of storage.

They boast a 1Gb fiber backbone, and includes the following features:

Cloud A is based out of Halifax, and they seem to be marketing their services towards businesses. As such, they aren’t the best choice for home and personal use. But if you’re looking for Canadian cloud storage for business needs, then they’re a good alternative.

In addition to cloud storage, they provide a wealth of other cloud services such as application hosting, big data, managed cloud security, and backup/disaster recovery/archiving (among others). However, if you’re a home user who’s just looking for a place to backup music, photos, and images, I’d recommend looking for another provider.

Whlie the previous provider markets their services toward medium and large sized businesses, Cloud Pockets targets small businesses. In fact, they’re even a good fit for individual users. Their pricing starts at $7.95 for a single computer, which gives you 25GB of online storage space.

You can add additional desktops for $2.75 per month, or add extra servers to your plan for $5.99. Key features of their service include standard file backups, Outlook backups, USB/External HDD/NAS backups, 256-bit SSL encryption, and continuous backups. If you want to pay more for the advanced plan, they’ll include features and support for Oracle, Synology NAS devices, Hyper-V, and VMWare backups.

Last but not least is BackupStuff, who are also located in Canada. Their prices are fairly reasonable, though I didn’t like how they force users to pay for the 30-day trial of their service for $1.99. The free trial has 10GB of online storage space, as does the basic paid subscription for $9.99. However, I’m not sure why the basic plan also costs $24.99 for a ‘setup fee.’

Still, if you have your heart set on a Canadian provider, they’re a good option with decent features. You will have the ability to backup an unlimited number of devices with a single account. Furthermore, they have a file syncing service that propagates file updates to all your devices. I was particularly pleased to see that they use 448-bit Blowfish encryption for file storage, which is incredibly secure. And last but not least, they do have a file sharing feature.

Canada certainly doesn’t have nearly as many digital services as the United States, which makes a lot of sense. The USA is the birthplace of the IT revolution, the burgeoning Internet in decades past, software (Linux, Windows, Mac OSX, etc.), and online services like Facebook, Google, and Yahoo. So it follows naturally that there would be more cloud storage services in the USA.

Unfortunately, many of these pioneering companies have been denigrated due to their involvement with the NSA. And if you’re anything like me, you don’t want big brother looking over your shoulder as you store files online for safekeeping. I still think that Sync.com is likely the best Canadian cloud storage option for your regular consumer, but there are several other options viable options.

Lastly, I would caution you against using Dropbox and Google Drive, which are based in the US. They have notoriously weak security, so at the very least, you should use a standalone encryption utility like TrueCrypt to encrypt your files before storing them on sub par US-based cloud storage servers. 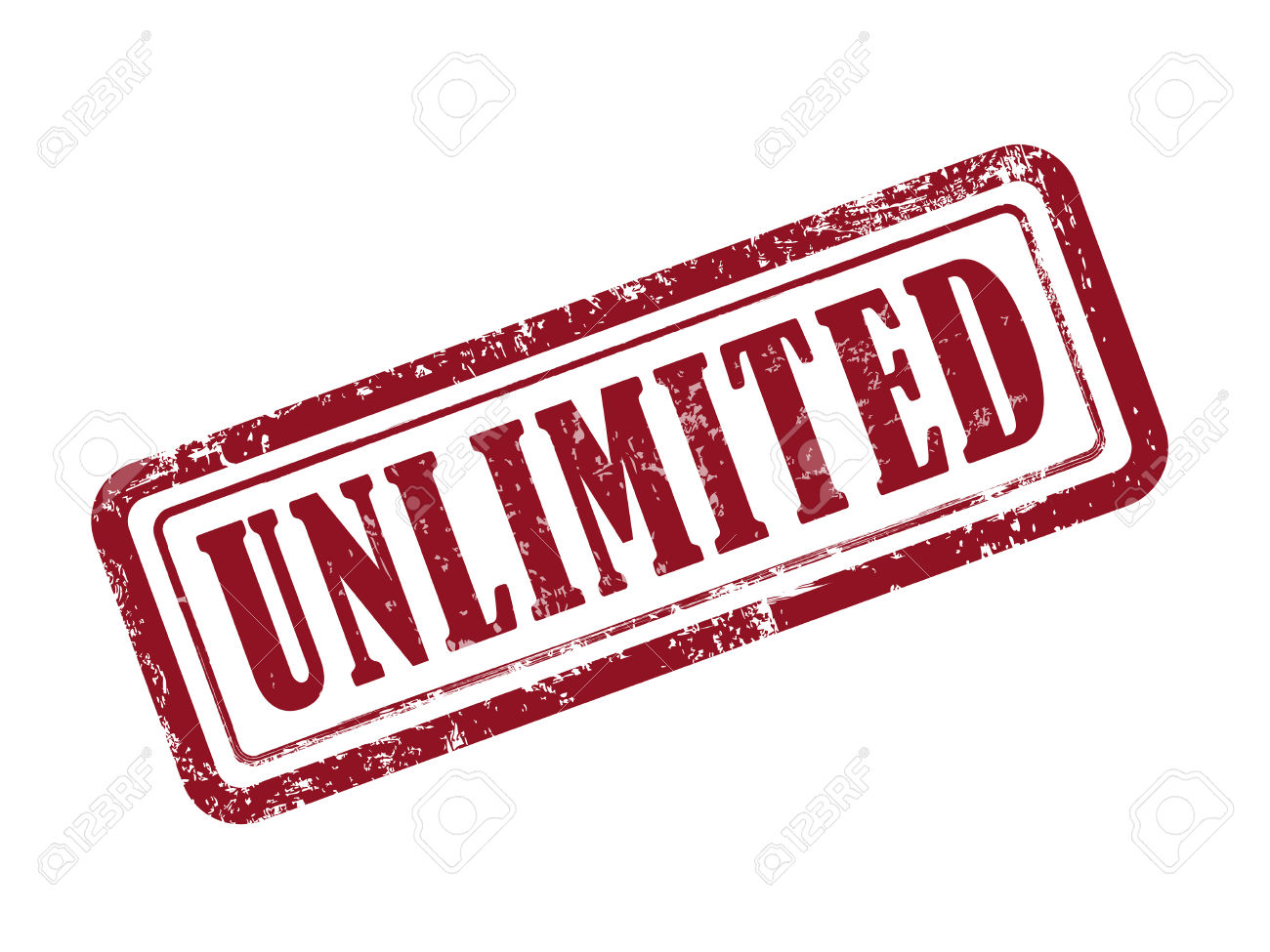