Video games are one heck of a lot more popular than most people give them credit for. Though most adults feel that they don’t have time to spare on video games between hectic work and family lives, the reality is that the overwhelming majority of United States households has at least one person who regularly plays video games.

Believe it or not, 63% of households contain at least one regular and serious gamer. And multiple studies have pegged the average gamer to be in their mid 30’s, such as this study that found the average age of a gamer to be 37.

The bottom line is that video games are immensely popular, but most people don’t understand how to protect their game data. All that game data needs to be backed up, or you could lose hours (or entire weeks) of tough game play – forcing you to replay everything and tackle every challenge twice. And as most of us know already, video game consoles and computers are equally fallible.

Don’t believe me? Then consider the “red ring of death,” whereby Microsoft Xbox systems became useless when the notorious red ring of light appeared around the power button. Though they did have a detachable ‘external’ hard drive, sometimes drive failure was the cause of the red ring.

In addition, PC gamers aren’t exempt from hardware failures. Though there is a war and a lot of dissent between PC and console gamers about which systems are superior, one thing remains the same: both consoles and PC’s use hardware that can easily fail. I think PC gamers have it a little easier than console gamers, though. 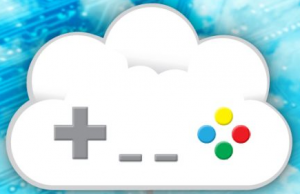 Console gamers don’t usually have as much control over their game saves as PC versions do. Furthermore, PC gamers have a lot more control over their storage devices. For instance, if you wanted to build a gaming rig with a solid state drive, you have the ability to do so. In addition, some gamers like to build a gaming PC with redundant disks, such as a RAID configuration. That way, if one of the disks fail, you don’t lose all your data.

Nevertheless, it’s still incredibly important to backup your data offsite. All it takes is one massive power surge or a tiny bit of water (from a flooding event or a spilled beverage) to fry your computer. Having your game data backed up at a different site drastically deceases your chances of losing data. It’s just nice knowing that you’ve created digital copies of your characters, so you don’t lose all of your hard work if anything should happen to your hardware.

Moving Data to a New Drive, Volume, Or Gaming Computer

Last but not least, consider that there may come a time when you want to transfer your gaming data to a new computer, drive, or volume. Perhaps you wanted to upgrade to the latest and greatest hard drive. Or perhaps you built a completely new computer and want to retire your old gaming station. Whatever the reason, it can be a real pain to do things manually.

Manual data transfers are irksome because they take so much unnecessary work to complete. For instace, the first thing you’ll need to do is find a removable drive capable of supporting the size of all your game files. Depending on the size of the game’s save data, they could be pretty large. If you want to backup and copy the game’s installation files, things could quickly grow out of hand.

If you tried to manually transfer this data with a flash drive or SD card, you might have to make several trips. Even with the invention of USB 3.0, it can still take a while. Fortunately, cloud storage companies provide sync and transfer services to help you propagate files to all of your devices. With that said, let’s take a closer look at the best cloud storage for games.

I’m actually not a huge fan of Dropbox because they have been criticized as having poor security in the past. In fact, Edward Snowden recommends against using their service. But I think we can all agree that a game-save file isn’t consequential like personal information such as images, taxes, or other personal documents.

If you want to try them out for free, you can take advantage of their 2GB plan indefinitely. But they’re actually pretty darn cheap, and you can get a terabyte of storage for as little as $9.99 per month. But I doubt most gamers will need a terabyte. They’ll help you backup, share, and sync game files among your various computers and devices, but remember that they don’t provide local encryption.

Google Drive is another cheap alternative for gamers, though it has similar advantages and disadvantages as Dropbox. However, they have a larger free plan, which provides up to 15GB of storage. I think that’s plenty room for most gamers to backup their data, but you can purchase 100GB of storage for only $1.99.

They have sharing features, and if you want to use them with other types of data, you can take advantage of its collaboration features. But keep in mind that you should abstain from using their service if you’re storing personal and sensitive information (at least encrypt information before you upload your data). They were directly involved in the NSA’s wiretapping scandal PRISM, and are very insecure.

Sync.com is a great choice for gamers. And because they are based out of Canada, they’re a good fit for gamers who want to use their cloud storage for multiple purposes. You can try their service free, though the free version only provides 5GB. Paid versions of their service are as low as $4.08 per month, and they have a lot more features than Google Drive or Dropbox.

In particular, they have a more feature-rich backup function, though they’re not solely focused on backup operations. They can help you share data by generating share-links that can easily be sent via social media, and they permit syncing with an unlimited number of devices.

SugarSync is another great alternative for gamers, but be aware that there are two drawbacks to their security. First off, they are based in the US. And secondly, they don’t have local client-side encryption, which is the strongest encryption offered by cloud storage providers. Instead, they encrypt data in transit to their servers, and then encrypt the data with AES-256 for storage (which is arguable strong enough to protect data during transport).

Like Sync.com, SugarSync is a cloud storage service first, and a backup service second. They don’t have as many backup features as Carbonite or SpiderOak, but they have more than adequate tools to backup your games. Likewise, you can share and sync data with an unlimited number of devices. To test them out, you can use the 30-day free trial. Alternatively, you can purchase 100GB of storage space for only $7.49 per month.

Last but not least is iDrive, and they’re a good fit for PC gamers who want to backup their entire system. Unlike all of the preceding services, iDrive is a true backup service. It will let you backup external HDD’s and NAS devices, and you can even create an image of your entire drive. That way you can preserve your operating system environment – no matter what happens.

Doing so means that even in the face of hard drive failure, you can easily bring your entire gaming system back online (with games, game saves, configurations, and so on) by restoring the backup copy on a new drive. They’re pretty darn cheap, too, and start at only $3.72 per month. They too have syncing and sharing features, though they don’t offer as much raw storage as the preceding provider.

These are some of the best cloud storage providers in the industry. So naturally, they’re the best cloud storage for games. As a side note, I’d like to point out that there are cloud services for gamers that lie outside the scope of raw storage. It’s becoming increasingly popular for companies to offer access to games in a ‘streaming’ manner, similar to how Netflix works for movies. You may be particularly interested to check out the following services:

But note that it’s still important to backup your game data. Whether you want to backup the installation files before certain patches nerf your online experience or you just want to make sure your game saves survive a hardware meltdown, the aforementioned cloud storage providers will help protect your data.