Home
Compare Services
The Best Way to Backup Your Photos 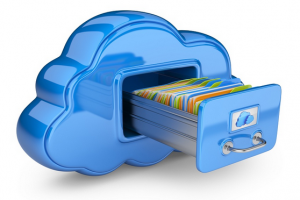 There are a thousand and one ways to backup different types of data, especially photos. The more copies you make of your photos, the less likely it is that the data will be lost forever. However, even though there are a myriad of different techniques to backup image data, some of them are truly deplorable and don’t offer an optimal solution. Let’s take a moment to examine some of the less than perfect ways to backup your photos.

Some people feel that they can use social media to backup their photos. But that really isn’t a good solution. Whenever you post something on social media, you run the risk of that data becoming compromised and viewable by the public. If you forgot to flick the wrong checkbox, you might accidentally upload entire albums of personal photos that you wanted to backup, yet still remain private.

NAS (Network Attached Storage) and external hard drives are certainly an improvement over trying to backup images on social media, but they too both have some nuances. First off, you may need to visit your local electronics retailer or visit Amazon to actually purchase one. Secondly, they only make local copies. If you need to share photos with coworkers, collegues, or family members when you aren’t connected to your local network, a NAS device isn’t going to be much help.

In addition, external hard drives really become a pain in the neck. They really only interface well with devices that have a USB cable. Although, it is possible to setup a home brewed file server that utilizes a NAS or external HDD as a storage volume, but I’d imagine doing so is over the average user’s head. Lastly, they make syncing image data among multiple devices extremely problematic. Updated versions of the file can quickly become messy as you try to keep different file versions straight.

Multiple Copies on the Same HDD

Making a redundant copy on the same local storage medium is about as foolhardy as you can get. The only advantage to doing so is that you’ll preserve an older version of the file or photo (e.g. those edited by GIMP, Photoshop, or other similar tools) to revert back to if you muck things up in the image editing process.

But if your hard drive goes kaput, you’re toast. The problem with making multiple copies or ‘backups’ on the same volume is that there is no hardware redundancy – even if you separate the data with a partitioning scheme. There are, admittedly, some expensive tools that can attempt to recover data from a failed drive, but it’s a real pain in the neck, and a long and contrived process.

Backing up photos on external media such as flash drives, CDs, and DVDs is similar to backing them up on external HDDs and NAS devices, only the process is slower and these storage mediums don’t have nearly as much space. CDs and DVDs take an extremely long amount of time to burn. Flash drives can be pretty quick if you are using USB 3.0, though there’s still the issue of keeping file versions straight and having to manually sync data among all your devices.

You’ll find that most operating system manufacturers will offer some type of cloud storage and online back service. For instance, Apple has iCloud, Microsoft has One Drive, and Google has Google Drive. However, I would caution you to stay away from these services. They have been found to be incredibly insecure, and each one has been in headlines in years past because they were hacked.

To make matters worse, the NSA was found to be coercing these firms into creating backdoors. That way the NSA could wiretap domestic data and communications in the name of thwarting terrorism. These revelations were brought to light by Edward Snowden, and he also recommends staying away from Dropbox because their service is equally (if not more) insecure.

The best modern option is to use an online storage and cloud backup solution, because it surpasses all the shortcomings encountered with the previous options – as long as you use a secure service, that is. The following is a short list of how cloud services help backup photos more securely, safely, and efficiently than the preceding methods:

SugarSync is best for people that want to simply store redundant copies of their folders and also share them with friends and family members. They have a free plan which provides 5GB of online storage space, giving you 30 days to test out their service. They don’t have client-side encryption, though they do encrypt data with TLS as it is in transit to their servers.

Users can create upload and download links to easily share photos (and other types of data) with friends and family. It’s a more secure way to share private and personal photos with loved ones, as opposed to social media. They do have some light backup features as well, and allow their users to sync data with an unlimited number of devices.

Amazon Glacier is best for people who want to archive all their photos. For instance, if you wanted to make a redundant copy of all your photos in the cloud in addition to your external HDD/NAS device, their a good option. Their storage service is often referred to as ‘cold storage,’ because they provide a cheap place to dump all the data you won’t be regularly accessing.

You can archive data for as little as $0.01 cent per gigabyte per month, which is unbelievably cheap. However, they don’t have full-featured software applications that are complete with backup, syncing, and sharing features.

SpiderOak One is a fantastic online backup service with more features and configurable settings than most other backups services. While some services try to design their software to be a simple to use as possible, SpiderOak One took a different strategy and instead provide an immense amount of control over the backup process. If you’re technologically challenged, you may find all of their different settings overwhelming.

But they are a zero-knowledge provider with client-side encryption, so your photos will be truly safe and secure in the cloud. They start at $7.00 per month, which is reasonable, and allow an unlimited number of backups on an unlimited number of devices. You can backup NAS and external HDDs, and they provide scheduled, manual, continuous, incremental, and individual file and folder backups.

One of the reasons LiveDrive is so useful for storing photos is because it actually has a photo previewer built into the service. It also has an integrated streaming media player, which is great for those of you who want to backup and sync your music library in the cloud (as well as video libraries, I suppose).

Plus, if you’ve got a NAS or external HDD that’s loaded with photos, you’re in luck. Their backup features allow you to backup external storage devices, so you can make a complete copy of your drive. They do have syncing features as well, which is handy if you edit photos with programs like GIMP or Photoshop. I don’t think their interface is a clean as it could be, but they have a lot of features that come in handy for people with masses of photos.

I think Crashplan is a great option for individuals who want to backup their photos because they are so inexpensive. Photos don’t take up nearly as much space as high definition video content, so just about any provider is going to provide enough storage space. With Crashplan, You can get unlimited backups for 1 computer for only $5.00 per month, which is less than the cost of a pizza. In addition, you can try them out free for 30-days.

But there are two caveats to this provider. Because they only allow backups for one computer, they may not be ideal if your photos are spread among several devices. Secondly, they’re really more of a backup service than an online storage service, though they do have fantastic security with client-side encryption.

The type of online storage or cloud backup provider you choose depends heavily on how you interact with photos. I think SugarSync is the most versatile provider listed here, since they have all the usual features (backup, sync, and share). But if you just want to archive data for safekeeping, Amazon Glacier is likely a better long term solution since they are so cheap.

Conversely, SpiderOak and Crashplan are better fits for people who have external storage devices that are heavily burdened with image data. Just remember to backup your photos, or you could lose priceless memories and time and energy spent editing photos. Last but not least, if you still aren’t sure, then I’d recommend taking advantage of a free trial. Most providers offer a trial service, which is a risk free way to test out their service.