JustCloud & Dropbox are two popular cloud based services that offer backup tools in their own right. We’ll be taking a look at how each ranks among each other by comparing their features, prices, etc.

Justcloud:  Offers 3 plans starting at 75GB for the home plan all the way up to an unlimited plan.

Dropbox: Dropbox offers a free plan to start & pro plan which runs up to 1TB of space with scaling plans available for businesses.

JustCloud offers more overall in terms of storage however Dropbox keeps it simple with two plans so in the end it depends on your usage but for ultimate storage space JustCloud offers the unlimited plan giving it the edge.

Price can be a deciding factor for users so here’s the cost of each based on what you get with the plan.

Justcloud: Ranges from the home plan at $8.69 a month, Premium Plan for $9.94, and lastly unlimited plan of $12.44 monthly. With a ton of additional extra services for a varying amount of ranges.

Dropbox: The only paid plan for Dropbox personal users is the pro plan at $10 monthly.

For slightly a bit more JustCloud gives you unlimited storage giving it the win in this space. Ideally if you only need 1TB of space then Dropbox may be for you.

Access to your services via applications is highly important here’s how they compare.

This category is a draw as both support all mainstream platforms for both mobile & desktops.

How your data is stored & secured is highly important so here’s a look at how JustCloud & Dropbox compare.

While both offer the same level of encryption for data transfers Dropbox takes the win here. Dropbox has great levels of security such as the 2 factor verification it requires to login to your account. Making it very secure & almost impossible for an intruder to access your account & data.

Highlighting the features each service can also be a make or break decision. Here’s the feature list for each.

JustCloud & Dropbox offer about the same feature wise. Both relying on syncing software however Dropbox gets the upper hand here with its web portal software offering a much easier interface to navigate for experienced & novice users. Dropbox is known for its simplicity & showcases that in its software/web portal.

In conclusion Dropbox & JustCloud are both sufficient syncing services. While JustCloud offers higher plans for more storage & space with its unlimited plan Dropbox still proves superior. Dropbox has a big user base for a reason & thats cause it focuses on simplicity. It’s easy to sync files into it & use the cross platform software whether its mobile or desktop. Backed with high level security, file sharing, and other features it’s the better choice overall. 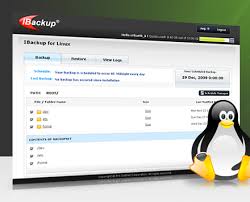