Google is announcing a new and major refresh in their cloud storage options together with the Coldline, which is a new storage class which is being aimed at a ling term archival and disaster recovery.

The new and improved storage classes are going to be multi regional so that it will be easily accessible for the various frequently accessed data. Such data includes videos and business continuity data, regional, and other data which may be accessed in most cases in one region such as the data analytics and the general compute. Another program, Nearline will also be available for the infrequent access and Coldline. 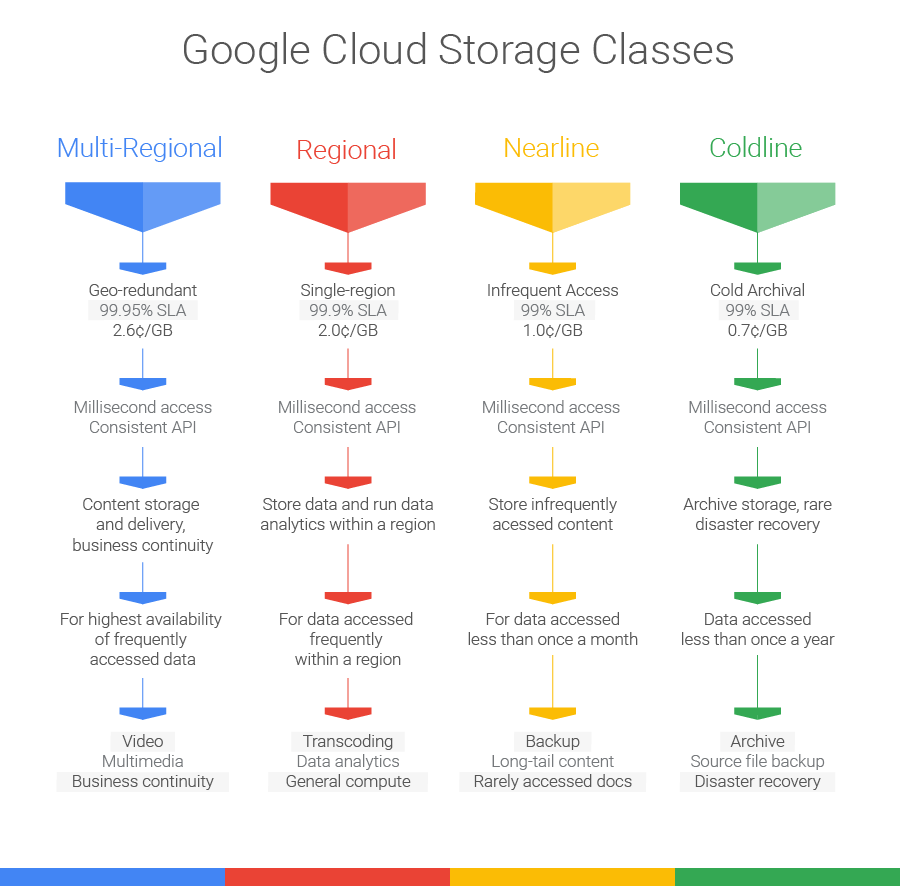 Writing in a blog post detailing the main features, the product manager, Kirill Tropin wrote that the issue was whether the business wanted to store or stream multimedia for their users, to store the data for the machine learning and also the analytics to restore the critical archive without the need to wait for several hours or even days.

The move is of particular interest considering the Nearline feature was launched last March in 2015. The program was already being considered to be the lower cost yet higher latency data solution. In one graph which showed the Nearline, the time for the first byte was a fee seconds, rather than the more traditional cold storage. During the launch, near online data at an offline price was the pitch for the Nearline feature.

However, in August, Google announced a new revamp of the Nearline feature which promised a lower latency together with performance. And now all the four classes are offering millisecond access, and as Google hopes, it will change the way that companies think and store their data to access the cold data.

Back in September this year Google announced some new locations for the Cloud Platform service on the five continents. The company noted that there was high machine learning potential and it marked that as the key aspect for the move.

Coldline is available for a small $0.007 per gigabyte per month and Google says that this is the mot economical storage plan for data which is accessed less than once per year.