Home
Guides
How long do hard drives last for?

Have you every wondered how long do hard drives last for? The truth is that a hard drive may fail when you less expect it so it is difficult to provide a definitive answer to the question. In general it can be said that a hard drive is likely to present issues after three years. However, the time can vary depending on different factors and some drives may not fail at all after years of use. There are different aspects to keep in mind when considering the lifespan of your hard drive.

For instance, you should keep in mind the manufacturer, what you use the hard drive and how often you use your computer. It is also worth thinking if your computer gets too hot and if it is shaken on a regular basis. All of these factors can have an impact on the durability of a hard drive. We’ll discuss the main aspects to consider when it comes to hard drive failure. Keep in mind that we will focus on standard magnetic disk drives rather than hybrid drives or solid state drives.

In general, HGST (formerly Hitachi) offers hard drives that provide the best durability when compared to options like Seagate. However, there are many other manufacturers available that also offer hard drives that last for a long time. Hitachi has received recognition from cloud backup providers like Backblaze. According to Backblaze’s tests, HGST proved to be the brand that is less likely to fail and that provides the best reliability when compared to the likes of Seagate, Western Digital and Toshiba. Since 2014, HGST has remained at the top of Backblaze’s statistics when it comes to durability. although it should be noted that the results vary between different hard drive models.

Vibration and manufacturing flaws are the main causes of hard drive failure, but the issue goes beyond them. In order to understand better the reasons why a hard drive fails, it is important to keep in mind something known as the Bathtub Curve. According to the Bathtub curve, hard drives are more likely to fail during their first days, weeks and months of use. Usually the failure is caused by factory defects, which will mean that the hard drive was damaged from the start. If there are no factory defects, the failure rate drops significantly and a hard drive would last two or three years. The failure rate goes up again once the hard drive reaches its forth and fifth year of use. In most cases, the failure at that stage is simply due to the fact that the hard drive is used up, but it is difficult to establish a specific cause.

Some studies have come to the conclusion that hard drives that get hot are more likely to fail faster than those that don’t. However, Google carried out extensive research on the matter and found that there is little to no correlation between failure rates and high temperature or activity levels. Google took into consideration the amount of time the hard drive spent reading or writing data over a period of time. It found that although drives that were used more often are more likely to fail in the first three months, the failure rates decreased significantly in the following months and years.

By year five, the failure rate of the drives with higher activity levels increases, but before that, the failure rates are even or less than those of the drives that are not used as often. What Google found is that although high activity levels (also known as utilization) may not be the cause of hard drive failure, it can bring out the actual causes of failure faster. It is still difficult to establish how much does heat and activity affect the lifespan of a hard drive, but what is clear is that drops, vibration, shakes and bumps can certainly lead to hard drive failure.

How reliable is the hard drive’s MTBF?

MTBF stands for Mean Time Between Failure and it is an estimate of how long a hard drive can last. The timeframe is advertised by some hard drive manufacturers as an attempt to show the reliability of their products. In general, the MTBF figures that the hard drive manufacturers claim to offer are exaggerated and are provided in the basis of a very low failure rate. Some manufacturers go as far as advertising one million hours of MTBF, which would be the equivalent to over 100 years. However, these figures can’t be trusted.

What to do in case of hard drive failure

The best way to deal with hard drive failure is to take the necessary steps to avoid loss of data. Prevention is the right approach because recovering your files from a hard drive that has failed can be a nightmare so make sure that you back up your data regularly. You can back up data to the cloud or to a physical drive. Cloud backup is a better option since it maintains copies of your data in multiple locations to ensure that you can always recover it. There are many cloud backup services available and they can help you to ensure that your photos, documents, videos and other files are available whenever you need them. The majority of provides offer software that backs up your data automatically when you add, delete or edit it.

It is also possible to back up your settings, applications and operating system, but in this case you would need full system backups, which are available as images and clones. Cloning means that a hard drive that is pretty much identical to the original is created and it includes programs, operating system, files, settings and more. In case of hard drive failure, you just need to turn to the cloned drive to continue using your data as normal. The process of creating an image is almost the same, although all the data is saved to a large compressed file. This can be saved to an external hard drive and it can be kept on a normal storage partition so you won’t need to install it. An image takes less space, but the restoration process is more complex. The boot disc that comes with your operating system is required and you will have to run the emergency restoration program to get back on track. 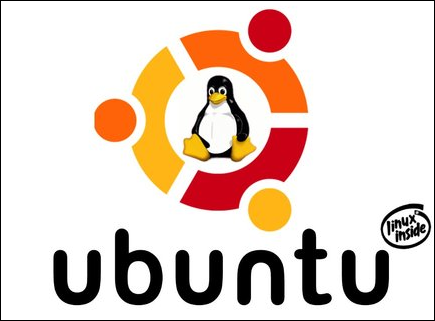