Android is one of the most popular operating systems for Mobile devices, but it’s not without it’s security concerns – especially when you consider file security. As many of you may already know, Android was created by Google, and was developed by using the Linux kernel as it’s heart and soul. Naturally, over time it gradually became it’s own animal, evolving further and further away from other Linux distributions – though they do still have a common ancestor.

But because the OS was created by Google, many Android users have rightfully had suspicions and intense skepticism over the security of their devices. As Edward Snowden pointed out when he blew the whistle on the NSA, Google had been coerced by the NSA into helping them spy on their users’ communications, emails, and data. Because of these events, many people have wondered whether or not the Android OS is secure…or if it sends data back to the government. 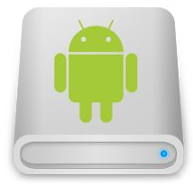 To be perfectly clear and fair, the code is open source, so it can be audited by independent third party security firms (as it has in the past). However, note that many Android devices include services and apps by default that send data back to Google. I would also like to point out that you should avoid using Google Drive – unless you use a local encryption tool to first scramble the contents of your files before uploading them.

You may be tempted to use Google Drive because it is a default tool on your Android device, but Edward Snowden explicitly advised to abstain from using Google services. They have been caught red handed in the past colluding with the NSA, and for all we know, they may still be under their influence.

File and Data Security on Android

Given that there are so many security concerns with the Android OS (remember that no operating system will ever be 100% infallible), you need to double your efforts to protect your privacy and lock down your file and data security. Believe it or not, several Android versions have suffered from terrible security vulnerabilities that made it possible for a hacker to steal all of the data stored locally on Android devices.

You might think that you’re safe because you encrypt your local volumes, thus making it impossible for hackers and third parties to access. Unfortunately, that’s not always the case. One of the uglier security vulnerabilities that surfaced made it possible for an attacker to ‘break’ full disk encryption on Android Devices. Though the flaw was patched in May of 2016, some devices still contain the vulnerability because users are too busy or just plain lazy, and don’t want to upgrade to the latest patch.

How to Keep Your Data Safe

If you want to store your data in a safe place to prevent it being stolen from your local device, cloud storage remains a perfectly viable option. I would recommend that you look for cloud storage services that aren’t based in the United States, however, because it’s possible the NSA has influenced domestic digital services like online backup and cloud storage.

Instead, you may want to opt for an offshore (or perhaps Canadian) cloud storage provider. Furthermore, note that the strongest security is offered by zero-knowledge providers. By first encrypting data on your local device before sending it to a provider’s storage servers, not even the cloud storage service’s employees (or hackers and governmental authorities, for that matter) can access your data.

Also, I would like to point out that you should avoid Dropbox and Google Drive if you are storing sensitive information. If you’re just trying to make a copy of your music library for easier syncing and to prevent data loss, it’s inconsequential. I doubt anyone would care if the government could see that you have the full Daft Punk discography.

However, for sensitive data like work documents, private photos, private videos, and more, don’t use Google Drive or Dropbox without an ancillary file encryption tool. Actually, I’d recommend staying away from them completely, because Edward Snowden had nothing good to say about their lack of security – and they both appear in headlines concerning data breaches far too frequently.

With that said, let’s go ahead and take a look at the best cloud storage for Android.

SugarSync is our first pick for Android users, and you can try them out for free. They have a 5GB free plan to give you a chance to test the waters for 90 days, and you can even sync your files to an unlimited number of devices. That helps alleviate the wasted time, stress, and burden of having to transfer files manually. While they aren’t a zero-knowledge provider that uses client-side encryption, they do have rather strong transport encryption using TLS and AES-256 for storage.

Because they aren’t a zero-knowledge provider, transfer speeds to their servers are faster because there isn’t any encryption overhead on the local machine. The main features of their service include the ability to sync data with an unlimited number of devices, basic backup options, decent collaboration features, and the ability to generate upload and download links to easily share data with friends and family.

They start at $7.49 per month for 100GB, which is pretty reasonable (though not the cheapest service on the market). I’d say that’s fair mid-range pricing for a full-featured service.

Sync.com is a great option for Android users who distrust the United States NSA and domestic US digital services. There have been some nasty wiretapping scandals in the recent past, so many people like the peace of mind of using a Canadian-based service, such as Sync.com. They’re even cheaper than SygarSync, and start at only $4.08 per month. However, you do have the option of trying a free-trial which has 5GB of storage space.

In addition to syncing features, they too have moderate backup services like automatic and continuous backups. Furthermore, they have a file versioning feature which archives older versions of files for recovery should you accidentally delete or overwrite your data. But they’re not perfect, and lack a streaming feature. Lastly, there isn’t a file-sharing feature on their mobile app, though that feature is included on their desktop app.

Mega is close to the same price as Sync.com, and only costs $4.99 per month for 200GB of storage. I thinks that more space than any single Android device would ever need, so it serves as a good tool to store and sync data among all your devices. One feature I didn’t like, however, was the 1TB monthly data limit. That said, I doubt 99.9% of people would ever actually use an entire terabyte of uploads and downloads per month.

They are a secure provider since they have client-side encryption, so data is encrypted before it ever leaves your device. There is a bit of a performance tradeoff when using client-side encryption, though, since it accumulates CPU and memory overhead. Last but not least, they even have addons for web browsers such as Firefox and Chrome.

Jottacloud is also another great alternative for Android users, and they’re also great for people who dislike US-based services. Even though they lack local client-side encryption, they do provide transport encryption, and their servers are based in Norway. Like most other cloud storage services, they offer a 5GB free trial. However, they cost a bit more than the preceding options, but offer unlimited storage for $9.90 a month.

They do allow syncing among an unlimited number of devices, and they have decent backup features as well. But one of their best features is their mobile software. Some competitors only have dumbed-down mobile apps or only have a web interface for mobile devices. But Jottacloud has full-featured Android software.

First off, note that iDrive is more of a backup service than a cloud storage service. But their mobile software is so clean, simple, easy to use, and packed with features, I couldn’t refrain from mentioning them. iDrive is a great option for Android users who want to securely backup more than only their Android device. One of the best things about their service is that they start at only $3.72 per month, and they have a free trial.

Client-side encryption is optional, so you can choose your own level of security. And their sharing tools help you share data with friends and family through email and social media platforms such as Facebook and Twitter.

There are so many security problems with mobile devices, especially within the United States, that it makes a lot of sense to store files off-site in an encrypted format. Those scared of the NSA will likely want to opt for Sync.com or Jottacloud since they aren’t based in the US.

Just make sure you don’t fall victim to services like Dropbox and Google Drive, which are notoriously poor for storing sensitive data. Their security is so poor that Edward Snowden himself recommended avoiding them. If you do use them, however, I’d recommend one of two options. Either opt for a service with client-side encryption, or use a file encryption service like TrueCrypt before uploading your data.