Viceversa Plus was a rather ugly little utility that only works on legacy Windows systems. However it’s younger brother, Viceversa Pro, is up to date and supports the latest Windows operating systems past XP. It’s also a lot more feature rich, though it does cost about twice as much for a single user. But is it the best option for your backup solutions? Well, since we’ve had our fair share of dissappointment with substandard software, we’re going to analyze Viceversa Pro to help you make an informed decision.

Viceversa Pro is a stand-alone application, which means that it costs a 1-time fee as opposed to an ongoing subscription. But in my humble opinion, I found it to be rather pricey. Uou can find better backup and syncing software for about half the price. The following outlines their pricing model: 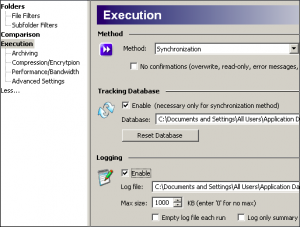 In lieu of a free version, they do offer a 30-day free trial for Viceversa Pro. So are they inexpensive? You can decide for yourself, but I wouldn’t normally shell out $59.95 for backup software unless it knocked my socks off and really impressed me. Likewise, I think there are many business-class solutions that offer far more favorable pricing and greater discounts.

As a side note, I’d like to say that I wasn’t very impressed with their website. It looks like it was made in the late 90’s, and isn’t attractive or easily navigable (yuck!).

ViceVersa Pro has a lot more features than ViceVersa Plus, and it’s much more than a backup solution. It has synchronization tools to help transfer changes in files among Windows systems that allow people to sync entire directories and subdirectories. This is useful for syncing the My Documents directory in Windows, which is where most users save the majority of their files. If you’re the type of user who isn’t organized and saves everything to the desktop, you can easily sync that directory as well (though I’d recommend storing things in the My Documents directory). 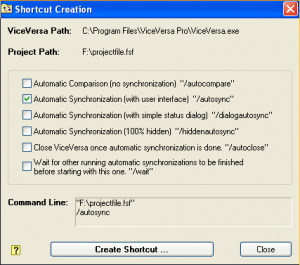 ViceVersa Pro also has the ability to mirror an entire Windows installation to ensure that each and every file is accounted for. Though they do have scheduling features, I didn’t like the lack of advanced scheduling options. The sceduling features aren’t very granular, but they do allow the scheduling of syncs on a daily basis, every five minutes, or on demand.

Nevertheless, it has a lot more in depth backup capabilities. Apart from the ability to backup an entire system, it can also perform incremental backups as well as user specified backups to protect selected portions of the file system. Backup and sync operations can be conducted over the local network, and it can even backup files on external media like a flash drive or DVD.

Though the software seems to be above average, the support is terrible. Again, the website is awful, and there’s no online web form, phone number, or live chat system. They do have a knowledgebase, and even though I didn’t think it was organized that well, I was impressed with the number of troubleshooting and how-to guides they created. They seem to have tried to cover all their bases with the knowledgebase.

Also, they do claim that they’ll respond to customer queried via email with a few hours. But it seems like they tried to hide the support information. Just about any software or digital service is going to offer a support page, but ViceVersa Pro does not. The following is their list of contact details:

Personally, I prefer subscription based cloud storage and backup solutions, such as SpiderOak (despite its slow speeds due to local encryption). However, ViceVersa Pro is a stand alone application, so it is much more secure than cloud based alternatives. If you want to store your backed up data in the cloud, I’d highly recommend encrypting it locally first. Even though cloud storage providers encrypt data in transit to their server and while data is stored on their network, local encryption helps circumvent a wide array of security threats, such as data leaks when hackers attack storage services as well as eavesdropping from governmental institutions like the NSA.

That said, I was moderately pleased with ViceVersa Pro’s features. I’m not sure I’d want to buy it for almost $60.00, but when you think about it, that’s about the same price as a 1-year subscription to an online cloud storage and backup service like SpiderOak. Still, it’s a definite improvement over ViceVersa Plus, and is a good option for Windows users to backup their files.