Humans take more photos today than they have ever before, and this trend doesn’t seem to be slowing down. With the invention of mobile devices like smartphones and tablets, each complete with their own individual and high resolution camera, most people don’t think twice before snapping a photo…of just about anything. Selfies and pictures of people’s dinner seem to dominate social media sites, but there’s plenty of people who use their camera’s for professional reasons or to capture once in a lifetime events – like weddings and birthdays.

There’s just one problem: your phone isn’t an exceptional storage device. It may be true that the amount of solid state storage mobile devices come with is constantly expanding, but SSD’s are nowhere near the physical size or storage capacity of traditional hard disk drives. Some people go through the painful ordeal of regularly transferring their pictures over to a PC manually, but that’s a time consuming hassle. You can opt for a NAS or external hard drive to backup your pictures, but it’s really a pain trying to transfer all your pictures over manually.

And there are two additional problems with storing all your pictures on your phone. The first is that the size of digital photos are getting larger every day. Once upon a time, they were mere fractions of megabytes, and the quality was so low that they didn’t take up too much storage space. But these days images are extremely high quality, and take up a corresponding amount of storage. 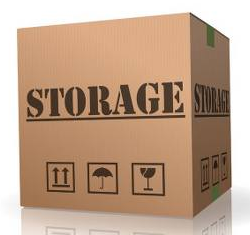 If you take a lot of photos, they can easily exhaust your mobile devices (or memory card’s) storage space, leaving no room for your other types of files and data. Secondly, you simply must have redundant copies of your data. While it may be true that most cloud storage services don’t focus on backup functions, most of them include tools to help you automatically backup certain folders, so you never have to worry about running a manual backup again.

The next thing you need to consider is the security of your photos. Whether a social rival or nefarious and malicious thief steals your phone, there’s a lot of personal image data on phones that most people wouldn’t want to end up in the wrong hands. And I’m not necessarily talking about dirty pictures, either (though those certainly count).

For example, I think just about anyone who has gone to college has had a picture or two snapped when they weren’t at their best. In older times, this wasn’t a big deal, because the less than flattering photos only ended up on roles of film or Polaroids. Today however, those photos can end up on the Internet in mere seconds, and have some nasty results.

What if someone you distrusted or someone who thought they were playing a funny joke posted those less than flattering pictures online? It’s extremely hard to get an image taken off the Internet, and in a few instants, people throughout social media could download and save a copy of that photo. What’s worse is that the picture could come back to haunt you years down the road. What if a future employer found that picture of you? Things could turn out pretty ugly for your employment prospects.

In addition, consider that some pictures are just naturally sensitive, even though they aren’t dirty or embarassing. I’m talking about pictures of family members, weddings, birthdays, and other similar events. I don’t think anyone would want a hacker, creeper, stranger, or thief to get their hands on that kind of image data. There’s just no reason a hacker should be sifting through those personal memories.

One of the great things about online storage, however, is that it encrypts data in two different ways. First off, some provides encrypt user data as it is in transit to their storage servers, and then once again encrypt that data as it is stowed away in their storage volumes. Secondly, some storage providers offer and option called client-side encryption, whereby your file is locally encrypted before it ever travels through the Internet.

Storing your data in the cloud can be more secure than storing it on a mobile device or laptop/desktop computer, especially if you use local encryption. It’s just more convenient and (usually) more secure to store your pictures in the cloud. So, let’s go ahead and take a look at the best online storage for pictures.

One of the reasons I wanted to rank LiveDrive as being the best cloud storage for pictures is because of their online picture previewer. That way you can see the contents of a picture file before transferring it, which is a feature that a majority of providers lack. And unlike Google Drive and Dropbox, LiveDrive has backup features. In fact, they can even backup NAS devices and external HDDs, which is where most people store personal archives of picture data.

Furthermore, their service includes an integrated streaming media player, which is great for streaming music and videos from your personal library. In addition to backup and sharing features, they also have syncing features that help propagate your files to multiple devices. That helps remove the burden of manually transferring data between computing systems with flash drives and external HDDs.

A bit grudgingly, I had to rank Google Drive as a good option for storing pictures, and I’ll tell you why. They have one of the largest free plans around, and their pricing for larger volumes of data is really darn cheap. Also, I don’t think that pictures are often considered ‘personal’ or ‘private’ data (selfies, family photos, and personal photos are a different story, though). They have been forced to comply with NSA wiretapping scandals in the past, so it’s inadvisable to store sensitive data on their servers without first encrypting it locally.

But for inconsequential picture data, you can take advantage of their free plan, which offers 15GB of free cloud storage. They also have robust sharing and collaboration features, though they lack advanced backup features. Lastly, if you decide you need more storage space, you can get 100GB for only $1.99 a month – which is cheaper than most other providers.

Dropbox is another good alternative for people looking to backup their pictures. But like Google Drive, I wouldn’t recommend storing personal or sensitive information unless you encrypt it first with a utility like TrueCrypt. One reason why Dropbox is so attractive, despite security concerns, is their low pricing. In fact, you can use their free 2GB service indefinitely (as much as 16GB free through referrals). They have granular pricing, but if you want an entire terabyte of storage, it will only cost you $9.99 per month.

Admittedly, Dropbox isn’t feature rich, and their backup features are lacking. Dropbox uses the idea of a ‘Dropbox folder,’ whereby all the files you store within the folder are automatically backed up and synced. Also, they have decent sharing options to help you share pictures with your friends and family.

SugarSync is more secure than Dropbox and Google Drive, though they don’t offer client-side side encryption. Instead, they use transport encryption to protect data in transit to their servers, and then encrypt the data once again with AES-256 for safe keeping on their storage servers. In addition, they have better syncing, backup, and storage features than the previous two providers.

One improved feature is their social media sharing tools, which will automatically generate a share link at the click of a button. Plus, they allow you to sync data with an unlimited number of devices, and they have reasonable prices, though they aren’t the absolute cheapest provider available. 100GB will cost you $7.49 per month, while 250GB will cost you $9.99 per month.

Sync.com is our last pick for users who simply want to store pictures. Those of you who distrust domestic US digital services due to the NSA will pleased to know that Sync.com is based out of Canada. And they offer favorable pricing. You can use their free plan forever, and it provides 5GB of cloud storage. Their paid plans start at only $4.08 per month, and provides 500GB of storage. Their largest storage plan offers a whopping 2TB for only $8.16 per month. Clearly, they are a low cost and high value provider.

They are more secure than SugarSync, Dropbox, and Google Drive because they are based outside of the US. In addition to typical sharing, syncing, and backup features, they also include file versioning mechanisms to help stop you from losing data after an accidental deletion or file overwrite.

In my opinion, I think LiveDrive is one of the best options for users wanting to store picture data. Sync.com and SugarSync are clear cloud storage industry leaders, and they’ll perform admirably for picture storage as well. Just remember that services like Google Drive, Dropbox, iCloud, and Microsoft OneDrive aren’t your best option if you need to store sensitive data.

If the security of your cloud storage provider is called into question, you must encrypt data locally before casting it into the cloud. But if you don’t care about your data being seen by others, then there’s no harm in taking the risk. After all, I wouldn’t care if someone in the cloud broke into my data only to find something silly, such as my collection of Calvin and Hobbes comics. But personal data…well, that’s a completely different matter.