Android is the most predominant and widespread mobile operating system in existence, and it runs on million upon millions of tablets, smartphones, and other mobile devices. Android was developed by Google and has it’s roots in the Linux kernel, but it does have a few flaws. One of the problems with mobile devices is that they are notoriously small, and for good reason: they have to be. And one of the side effects of small sized electronics is limited storage space.

Would you really want to carry around a big clunky phone? Of course not (Remember the ancient “mobile” phones of the 90’s? What a joke!) Because users want small mobile devices for convenience, with little exception, mobile device manufacturers who install the Android operating system are forced to design devices with extremely limited space. 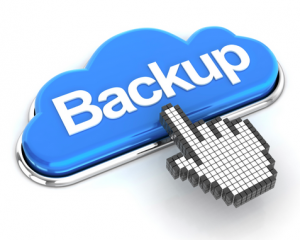 And even though technology can create extremely small storage devices, they do still have a finite capacity. Even though they use solid state drives with no moving parts, you can still run into storage failure and lose critical data without making regular backups. Some people circumvent this problem by making backups on removable media like SD cards, but they’re so small they can easily be lost (and lack the vast storage space of cloud services). The harsh truth is that despite modern technology, mobile devices don’t make the best storage and backup mediums.

Nevertheless, it’s really a pain to try to transfer data manually from a mobile device to another computer system. And what would happen to your data if someone managed to steal your phone?

Hackers and thieves are more sophisticated than ever before, and it’s not as hard as you might think to break into someone’s phone. Depending on the method you use to lock your screen, it could be easier than you think. Thieves with common sense only need to tilt the screen of your stolen phone in the light to look for clues in the form of oil from your fingertips. Not only can they get a pretty good idea of what pattern your finger traces the most, they can even see which digits your press on the virtual keyboard the most.

In an instant, a thief could swipe your phone and gain access to all your personal data, such as any sensitive photos you may have taken (as well as contact lists and other types of data). This in and of itself is bad, but also consider that your data may be lost forever if you failed to make a redundant copy or backup. I think most people have felt the sting of lost data at one point in their lives, and as you know, it’s terrible.

That sinking feeling you get when you realize that your data (be it a school report, final project, wedding photographs, or other similar precious files) are gone forever, most people experience stress. And these days our phones hold more personal data than ever before. It’s far better to conveniently backup your Android device with a cloud service than it is to try to manually transfer precious files to another computer or device.

Syncing Data to Other Devices

You should also be aware that most (though not all) online backup and cloud backup solutions usually include syncing tools. Though their focus is on helping you backup data, you also get a lot of great ancillary features, such as the ability to sync files among multiple devices. The best part is that some backup services will automatically sync all the files and folders you want, so you’ll never have to try to manually connect your Android device to another computer with a cable or use an SD card as way to transfer files. With that understanding, let’s take a closer look at the best Android cloud backup services available.

SugarSync is a clear leader in the online storage and backup industry. I should point out that they aren’t a backup-centric service, meaning that they don’t have nearly as many features as other services like SpiderOak. Still, they’re a great option for Android users and include a lot of features that typical backups services don’t have, such as rich syncing and file sharing abilities.

They do offer up to 5GB completely free to use, and their service can sync data with an unlimited number of devices. That will make it a lot easier for you to move, update, and sync data between your Android device and other phones, tablets, and PCs. I really wish they offered client-side encryption. They don’t, but they do provide AES-256 encryption for files stored on their servers and TLS encryption to protect data in transit.

I also liked how they included a feature that helps you control file upload and download priorities. I haven’t seen that feature with the majority of backup and cloud storage services. However, they don’t have the ability to sync files across a local LAN or wireless access point.

Unlike SugarSync, iDrive is a true backup service. You’ll find that iDrive has a lot more features and settings regarding file backups than SugarSync, and they have fantastic mobile apps for your Android device. The interface is clean, uncluttered, intuitive, and easy to navigate. They do offer military grade encryption using AES-256, and will even allow you to create free local backups – though that’s probably more of a benefit for your laptop and desktop devices.

I really like how they provide up to 5GB of free backup and storage space online without requiring payment card details (meaning you won’t get automatically billed by surprise). And if you sign up for an annual subscription, the monthly rate plummets to only $3.72 per month. And if you hate manually backing up files, you’re in luck. Idrive has a feature that will continually backup any changes made to your files, so long as you specify which files and directories you want to include in the automatic backup operations.

Like iDrive, SpiderOak One is a full fledged backup service. If you want to test the waters, they offer a 30-day free trial, and aren’t altogether expensive when considering the quality of their service. Plans start at $7.00 a month for 30GB of storage. That’s likely enough to cover a mobile Android device, but you can get as much as 5TB of storage for $25.00 per month. SpiderOak allows you to backup unlimited computers, though if your online storage space maxes out, you’ll have to create a local backup.

I would say that they’re not the most user friendly for novices, owing to their immense amount of features and settings. But users who are serious about backups will love the amount of control they have over the software. I was also very pleased with their security, since they offer client-side encryption (i.e. zero-knowledge).

JottaCloud is a great fit for people who distrust domestic US firms because of past wiretapping scandals. They operate servers out of Norway, which has extremely lax data laws. They do not provide local encryption, but do take the necessary precautions to encrypt data during transport, and then encrypt data once more for storage. If you want to try them out, you can take advantage of 5GB of free storage space.

But if you want unlimited space, it only costs $9.90 a month. As you would expect, JottaCloud does support Android devices, as well as many other platforms (Windows, iOS, Mac, etc.). They too provide an automatic backup feature to eliminate the hassle of manual backups. Last but not least, I did like how they support file sharing, but I didn’t like the lack of creating multiple user accounts and user-based permissions.

Mega is our last pick for the best online and cloud backup solutions for Android. They do offer a nice storage to cost ration, and users can get 200GB of storage space for only $4.99 per month – which is less than a greasy fast food meal. However, one thing I didn’t like about their service was that they impose bandwidth caps. That said, I doubt anyone could ever reasonably reach the terabyte monthly limit.

I had to include them for Android devices, however, because they offer client-side encryption. Client side encryption, or zero-knowledge, means that your data is encrypted on the local device before it is sent through the Internet. This makes it impossible for cloud service employees, hackers, and the government to intercept and read your data. Furthermore, they offer addons for popular web browsers such as Firefox and Google Chrome. Last but not least, realize that there is a bit of a tradeoff because local encryption does add some overhead to data transfer times.

Note that all of the aforementioned services aren’t true backup services. Rather, they are really more of a cloud storage solution that included backup features as well. You’ll find that iDrive and SpiderOak One have the most full-featured backup options, though all of the providers mentioned here support Android.

If I had to pick a favorite to be used simply for Android devices, I’d have to pick iDrive. Their service is just too full featured, easy to use, and inexpensive to ignore. However, if you were curious about another provider, remember that most of them have free trials in addition to money back guarantees. I’d highly recommend testing out a free version of their service to see whether or not you like them.