No two cloud storage providers are exactly the same, which leads to a lot of variability in the services and features that they offer. Some providers have feature-rich applications that allow you to control and customize minute details of storage operations while other focus on being more user friendly and as uncomplicated as possible. But these days, security, control, and data administration are becoming increasingly more important.

Features that used to only be necessary in a business environment have become necessary in a home/personal environment as well. Cloud technologies are constantly improving and evolving, and many cloud storage and online backup service provide link generation mechanisms that make it possible to share data with anyone and everyone on social media. Naturally, this gives rise to the need for the ability to share read only copies of data.

What Is Read Only?

For those of you who don’t know, there are three main file permissions: read (R), read/write (RW), and execute (E). One of the largest problems with sharing files in a collaborative setting or just for fun with family and friends is that someone can easily make a mistake and accidentally edit (or completely write over) the file you shared with them. 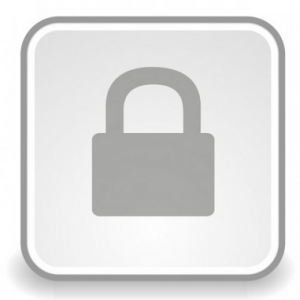 Think back to the days of VHS tapes. I’m sure everyone has heard about some unfortunate soul who accidentally taped a football game over his wedding video (or a similar story). Little did he know, he could have write protected the video tape by popping a special tab. The idea of read only permissions is to prevent scenarios like these, though they happen in a digital context instead of a VHS tape.

But unfortunately, many cloud storage providers still don’t allow such a high level of control over individual files and folders. Instead, many reserve this functionality for their business class service. So by default, if you use a standard service or don’t enable read only permissions, sharing a file could have disastrous effects – especially if you plaster the share link all over social media.

In the blink of an eye, hoards of people could edit your files. For instance, let’s pretend that you signed up with a cloud service to share family photos and videos. Arguably, you could just use social media, but you wanted them to remain private – so you upload some data and send the share link to all your friends and loved ones…but you didn’t enable read only permissions.

The next thing you know, grandma and grandpa (who aren’t famous for being especially technologically literate) accidentally delete the files….and POOF…they’re gone forever.

SugarSync frequently outperforms other cloud storage providers because they have such a well rounded service, and their pricing isn’t exorbitant. Their syncing system is pretty darn simple to use, and allows you to sync data with an unlimited number of devices. Naturally, it has the ability to set files into a read-only state, and it has several backup features to help you safeguard your data. It should be noted, however, that SugarSync isn’t a strictly a pure backup service.

Instead, it’s really more of an online storage service. The mobile software could use a bit of a makeover, but it beats other providers who only provide mobile devices with a web interface. But, they’re not perfect. In particular, I thought that they were a little higher priced than most other services, could do with extra backup features like a scheduling option, and doesn’t allow users to manage their own encryption keys.

pCloud offers read-only permissions, and integrates that feature with their colloboration features as well. That way someone trying to collaborate on a file doesn’t make changes that would corrupt the file. Also, pCloud is an extremely low cost provider, which only costs $3.99 per month for an entire terabyte’s worth of storage. Furthermore, they offer 10GB of free space, so there’s no harm in taking advantage of their free service to test them out a bit.

If you only want a free service, note that they have a referral program that expands the free version to as much as 20GB. They’re not perfect, though, and I think the syncing features could use a little work. But they do have syncing features for an unlimited number of devices, and offer other ancillary features like backup options, the ability to create download and upload links for sharing, and decent collaboration features to boot.

Like the aforementioned services, Sync.com has an option to put files in a read-only state. One great thing about their service for those of you who are wary of the US government and the NSA is that Sync.com is based out of Canada. They do provide end-to-end encryption, and have great automatic and continuous backup features to remove the burden of manual backups.

Plus, they’re relatively inexpensive. Their free service can be used indefinitely, and offers up to 5GB of free storage. If you’re looking for a free storage service, I’d recommend using Sync.com instead of Dropbox. Furthermore, the paid version of their services starts at a mere $4.08 per month, and they have a useful file versioning feature to ensure you never accidentally delete or overwrite another file again. Nevertheless, I didn’t like how their mobile apps were missing a way to share files from your mobile device.

Dropbox Pro has a read-only feature, which is, of course, the focus of this article. However, I have to point out that I am only pointing towards Dropbox because they have this feature. On their own, Dropbox (free, Pro, or Business) is inherently insecure, and has been in numerous headlines about security breaches. So, hear a word of caution: if you opt for Dropbox, make darn sure you use a file encryption tool such as TrueCrypt, because their security is sub par.

They’re not completely useless, though, and do provide 2GB free to use for as long as you want. And they’ll help you backup files (though the backup system lacks advanced features), store data online, sync files, and even generate links to share files with others. Last but not least, their interface is incredibly clean, and the fact that it lacks contrived and advanced features means it’s a better choice for novices and people who aren’t necessarily technologically literate.

I also had to include Google Drive in this list, because they have created an option in their service that allows you to raise a read-only flag for individual files. I imagine many of you are already using Google Drive, but I need to give you a fair warning along the same lines as I did for Dropbox. Be warned: Google has been coerced into colluding with the NSA in the past as part of a wiretapping scandal, so any data you store with Google Drive may not be safe.

Naturally, you should use a different service if you are storing personal or sensitive files. If it’s something inconsequential like a music library or your library of ebooks, then it likely doesn’t matter. But I’d still encourage you to use a file encryption tool like TrueCrypt before uploading data. To be fair, Google Drive does make a good option for trivial files since it is free to use, and it has a wealth of features such as sharing and collaboration. It really is a good service, it’s just too bad that Google got their hands dirty by complying with the wiretapping government.

Using read-only permissions is a great way to make sure that your files are safe, secure, and preserved from future accidents. If you’re going to archive data for long time ‘cold storage,’ I’d recommend putting them in read-only mode to ensure that they don’t get accidentally edited. Though most services include some type of file versioning feature, putting them in read-only mode creates an additional layer of security.

Furthermore, in sharing and collaborative scenarios, there isn’t any alternative to read-only mode. The aforementioned providers all include this feature in their software, though some of the free versions are a little stripped down. Make sure to remember how Google Drive and Dropbox are unfit for sensitive personal data, and that the only time they should be used is in conjunction with a local client-side encryption tool (we live in the information age, and you can never be too careful).

Of the listed providers, I tend to favor SugarSync and Sync.com over the others that were listed. Sync.com is probably the better option for users looking for a cheaper service. On the other hand, even though SugarSync is priced a little higher, I think they are the better fit for people looking for a quality and feature-rich service.